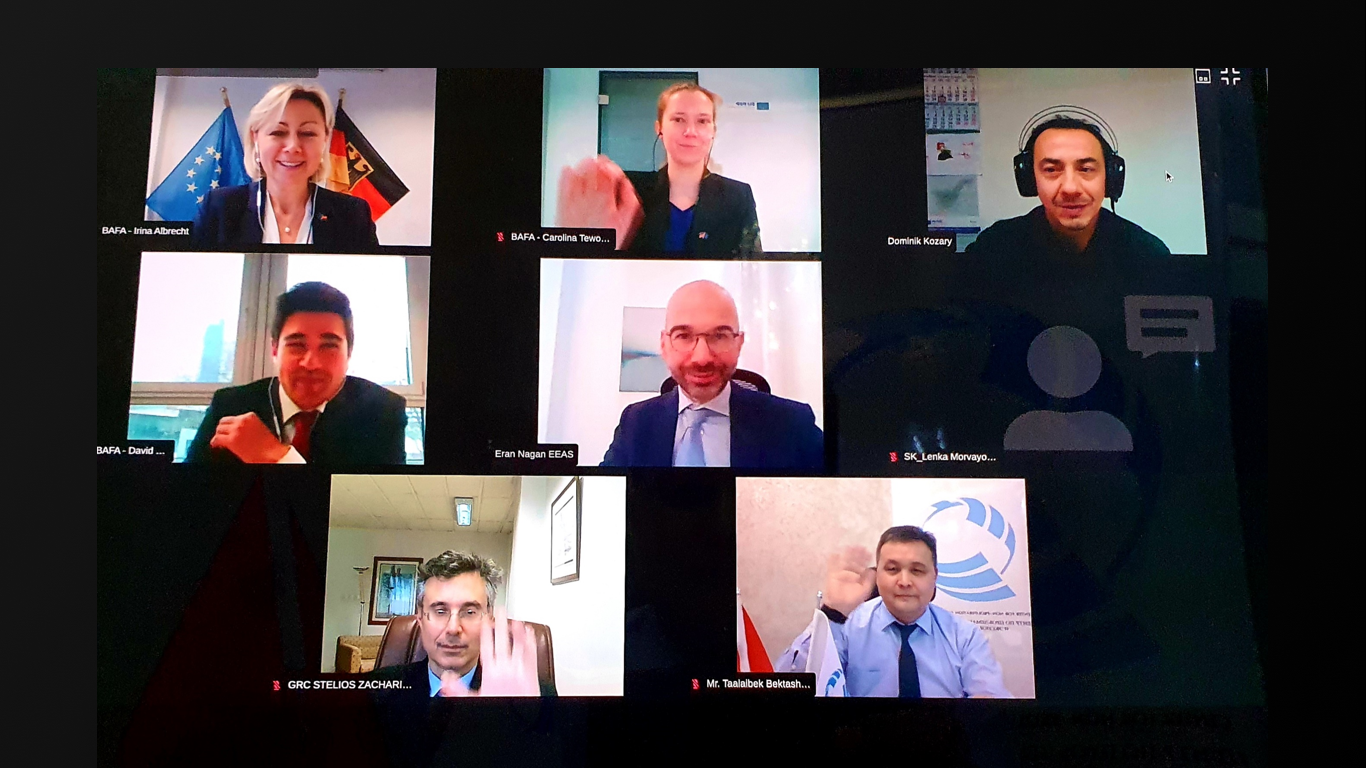 This event was held online and organized by the German Federal Office for Economic Affairs and Export Control (BAFA). The main objective of the BAFA project of the European Union is to promote better control over the export of conventional weapons in partner countries, support the efforts of partners at the national and regional levels and reduce the risk of weapons reaching illegal users. The Program is also aimed at promoting adherence to and implementation of the Arms Trade Treaty and the Union’s main position 20018/101/CFSP, which defines common rules for export control of military technology and equipment.

The event was also attended by experts in the field of export control from Germany, Greece, Latvia, Lithuania, Czech Republic, Croatia and Kyrgyzstan, represented by representatives of the Center for non–proliferation and export control, Taalaibek Bektashev and Timur Cherikov.

During the event the parties discussed the work done and the main results of Phase IV of the EU information project to promote effective arms export control (CFSP) 2018/101 EU COARM). The participants shared their views, where Taalaibek Bektashev informed the parties about the positive results of the project, in particular, about the assistance provided by BAFA experts in providing an opinion on the draft law developed by the experts of Kyrgyzstan, which optimizes the legislation in the field of state control over the movement of weapons, military equipment, products and services for military purposes.

The participants highly appreciated the completed Phase 4 of the Project. The parties also discussed possible topics for the future of Phase 5 of the Project, which begins in December 2020 in accordance with Council Decision (CFSP) 2020/1464.